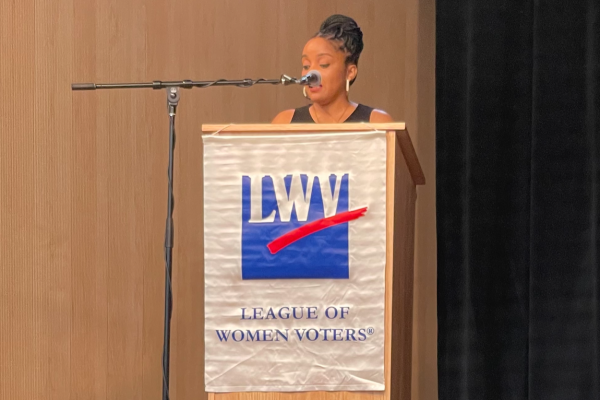 Lecturer Jasmine Roberts-Crew delivered the keynote for the League of Women Voters of Metropolitan Columbus Democracy in Action event hosted at the new WOSU headquarters on May 12.

The keynote addressed the importance of local journalism in safeguarding the democratic process. 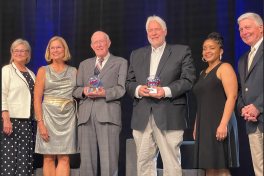